New Material Soon ?
After months of simply fooling around and putting nothing down on paper, I finally got together with bassist Roger Dawson to write some new tunes.

The first session went extremely well; hopefully we'll have something for you to listen to soon.

New Show at Pouzza Fest 2013
Back in my No Barbers Required days, I had the chance to play in a bowling alley, something I've always considered to be one of the highlights of my "career". I believe I may now have topped that.


As part of the 2013 Pouzza Fest, I will be playing in a fast food joint. That's right, on Saturday May 18, I will be doing an acoustic set in the Frites Alors on Ste-Catherine street (680 Ouest).

The festivities begin at 10 pm. Be sure not to miss this surreal experience.

New songs added to the Media page
3 new songs have been added to the media page, including our version of Bob Wills' classic "Stay a Little Longer".

CD Launch pictures up
It took a little longer than expected but the pictures from the launch are now up in the media section. Enjoy...

THANK YOU
we had a great time at launch last Saturday and would like to thank all those who showed up. Pictures and videos will be uploaded soon.

Album Launch Update
I am glad to announce that Kurt Chaboyer will be doing an opening set at the CD Release Party. It promises to be quite the evening.

see below the poster for the event... 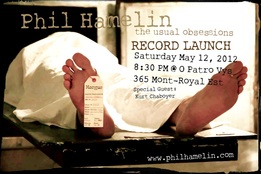 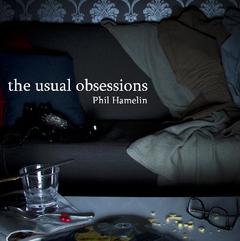 Album Launch
Although some of the details still need to be figured out, the date and venue have been secured for the Album Launch Party. It will take place on Saturday May 12, 2012 at O Patro Vys on Mont-Royal Avenue.

New Record - New Website
It's been a while since you last heard from us; we were busy making a record. I am happy to say that the work is mostly done and that you'll be able to get a copy of The Usual Obsessions very soon.

Until then, check the website for updates - CD Launch show will be announced shortly.

If you can't wait and want a sample of how the record sounds, go to the media section; 2 songs have been uploaded.